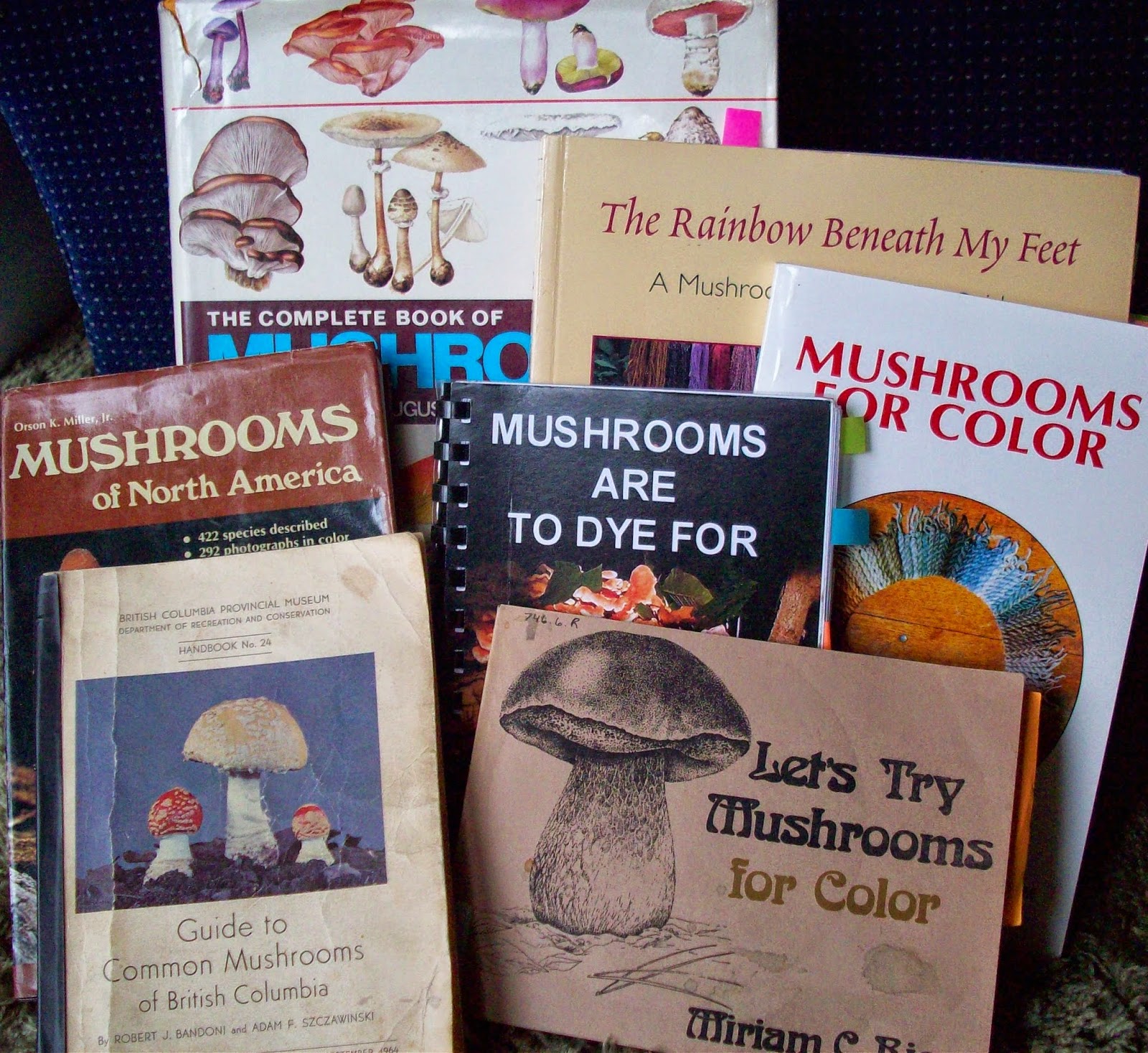 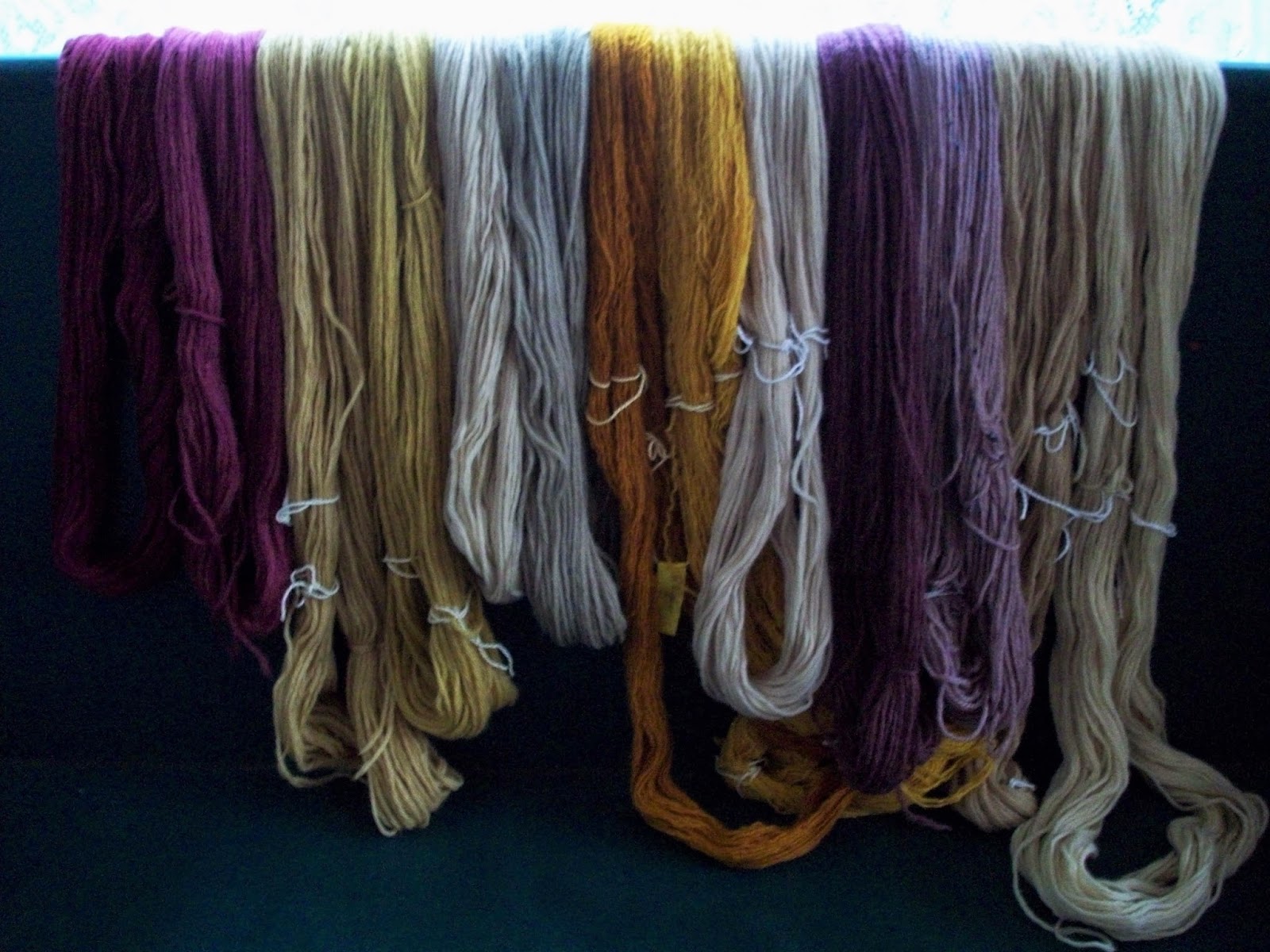 Here in the Pacific Northwest, October is a great month to find wild mushrooms in the woods.  They are everywhere!  All kinds!  It is nearing the end of the mushroom season, and we have had record rains this month, so some of the mushrooms are starting to decompose, but there are still many to harvest.

Identifying mushrooms is not an easy task for me.  I wish I had an expert mycologist to accompany me on my treks in the woods.  There are so many species, and mushrooms take on different characteristics as they mature and begin to decompose.  I have a few books to help with identification, but even then I sometimes cannot find a picture or details that match.  A mushroom expert may know immediately, but not me. So here I am giving it my best guess.  I am open to comments and help in identification.


At first I thought this mushroom might be Echinodontium tinctorium, also known as "Indian Paint Fungus," which was used as a source of dye by the Pacific Northwest Indians, however it might be a Phaeolus schweinitzii, also known as "The Dye Polypore" or "Velvet-top Fungus", way past its prime.  The mushroom I found was growing about 6 feet up on a downed fir tree.  It was blackish in color, almost purple, with streaks of deep, rusty orange running through it.  This is a single mushroom shown in the picture.  The chunk on the right is broken off from the main mushroom body on the left.


According to the book, "The Rainbow Beneath My Feet, A Mushroom Dyer's Field Guide," by Arleen Rainis Bessette & Alan E. Bessette, The Echinodontium tinctorium yields light pinkish orange with no mordant, orange-red with alum, pinkish brown with copper, and a grayish purple with iron, while the Phaeolus schweinitzii yields bright yellows.  Here is what I got using alum on recycled cashmere yarn--a deep, brassy-orange in the first bath and a yellow-gold in the second bath. I was surprised at the depth of color from just this one mushroom.

This mushroom may be Innonotus Tomentosus, a ploypore growing on decayed wood on the end of a logging spur.   Alum mordant on wool yarn yielded a light tan color, a little deeper color than the picture indicates.  The shade and depth of color will often depend on the ratio of mushroom to fiber. More mushrooms might have yielded a deeper shade of color.

This mushroom is Trametes versicolor, which is said to yield blue with alum, light green with copper, and a greenish-blue with iron.  I found only a couple of these mushrooms, and got a pale cream using alum mordant.  I would probably need a lot more mushrooms to get blue.  Even though some mushrooms may yield very little color, it is useful to keep a record so that you know which mushrooms you may need to gather more of, use different mordants with, or just may not want to try again.


Hypomyces lactifluorum, the "Lobster Mushroom," is my favorite dye mushroom.  It is a deep orange, funnel-shaped mushroom, actually a parasite growing over a host mushroom.  The meat of this mushroom is white, so I always peel the orange layer from the outside and use that in my dye pot.  The Lobster Mushroom yields pinkish-orange colors with alum mordant, but when you shift the pH you can get beautiful wine and magenta colors.  This is achieved by adding 1-2 tsps of washing soda to the dye bath.  An addition of a pinch of iron will shift the magenta to more purple shades.

Psalliota (agaricus) campestris or "Meadow Mushroom" were found growing in my grassy side yard.  When young, the gills are a pale pink, becoming a dusky brownish-pink as they mature, finally becoming a coffee brown, then black as they begin to decompose.  A few years ago I tried dyeing with these mushroom on a very small hank of wool yarn and got a lovely light pink.  This year, with the handful of mushrooms shown in the picture, I tried dyeing about 2 ounces of alum-mordanted wool and got only a very pale cream color.

This is the first time I have ever seen a Lycoperdales or"puffball" mushroom.  I am not sure of the species.  This mushroom feels like an empty paper sac.  It appears very delicate, but the shell is actually pretty tough.  The peridium or outer wall ruptures at the top revealing the powdery spore mass inside.  The spore mass in this mushroom was a dark brown.  Again, not much color from this mushroom, just a pale cream.

The Hypholoma fasciculare is a lemon or sulfur yellow, gilled mushroom.  The caps as well as the stems are yellowish.  The gills are yellow when the mushrooms are young, but turn a dark olive green color as they mature.  The first batch I found were quite young and yielded a pale yellow-tan color.  The next batch of mushrooms were mature, some quite decayed.  They yielded a deeper golden-yellow shade.

This mushroom may be a Tapinella atrotomentosa (Paxillus atrotomentosa).  I found this single mushroom growing out of the ground in a grassy area at the end of a logging spur.  It was semi-decayed and half-eaten by bugs, but I brought it home to see if it would yield any color.  With alum mordant, it gave a tan color with a hint of olive which doesn't show well in the photo.

Email ThisBlogThis!Share to TwitterShare to FacebookShare to Pinterest
Labels: Mushrooms 2014

Pallas
Wife, mother, grandmother, friend, spiritual seeker, nature-lover, gardener, spinner, knitter, and a natural dyer of fibers with a penchant for discovering what colors may be hiding in my own backyard.